I just came back from the first ever legal poker game based out of Penang. I wanted to write this review when my mind is still fresh and also to give the other guys joining a heads up of what to expect. Disclaimer I was approached to assist in the promotion of this room because of my network in the region and also my experience of running poker clubs. However I am NOT the host / owner and like all my reviews I try to be as honest as I can for the reviews to be worth reading. 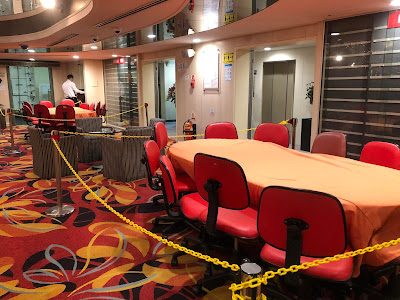 I arrived at the Swettenham Pier entrance at about 9:20am and there I was greeted by one of the Poker Mojo staff at the gate with my ticket ready. It was unusually packed today so there was a queue to get on the ship. However after speaking with one of the port policeman he said today’s crowd is way higher than normal, usually queues were fast and easy. 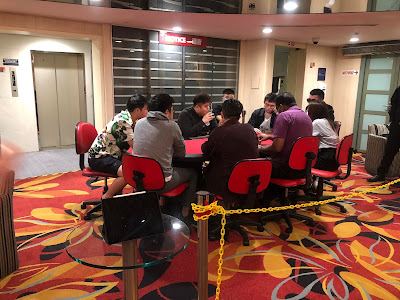 The poker area was located on the bottom deck called Atlantis Deck. It is quite a nice area away from the crowded baccarat and roulette tables. But not too secluded where they still had a few curious uncles walking by and watching us. One of them actually sat down to play too. The game was RM 5/10 with 5% rake, capped at RM 70. Definitely higher than what we are used to, but 30% lower than it’s other legal competitor in the country. No rake pre flop, no rake for chopped pots, I think that’s a good start. There was a drinks cart 10 meters away offering free water, coffee and tea. 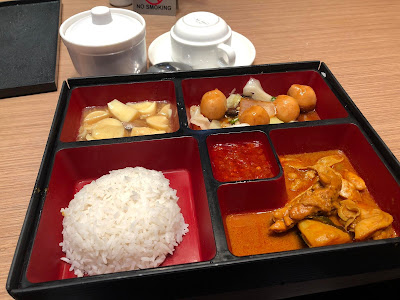 Food is not bad but not great

Before you start thinking why I only have positive things to say so far, there are negatives to this poker room as well. The obvious one it’s on a floating casino. Once you board you can’t leave until the ship docks again 8-9 hours later. There’s some entertainment to keep you occupied and a nice outdoor deck by the pool but that’s about it. You lose data access on most networks once you’re out in the open sea. WiFi is not free and it limits your usage to messaging apps only. However it seems to work with everything else on the laptop. Food on board is mediocre but you can pay for better meals if you want to. 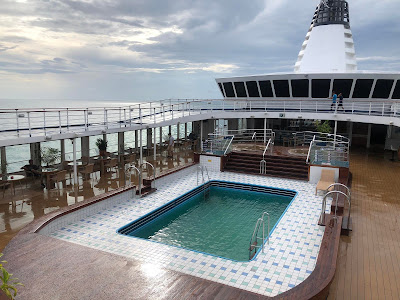 The game I played in was friendly, fun, full of action, and soft. One poor dude lost about RM 10k and one lucky newbie turned his RM 500 buy in into RM 6000. They offered a jackpot and yours truly hit the second royal flush of my life to claim a RM 1500 bonus. I ended up winning almost RM 3000 for the day. They offer insurance as well but at the same time allowed running twice if there are 11 outs or more. I think that’s fairer to be given this choice rather than be forced to run once when buying insurance is mathematically impossible. 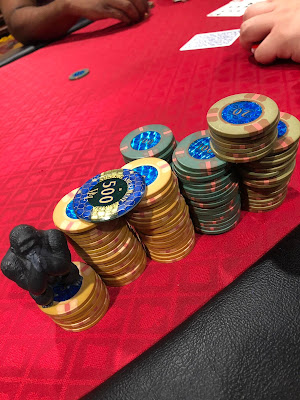 Finally back to winning ways this month 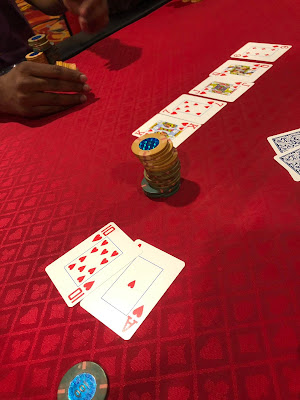 My second ever Royal Flush in 23 years of playing

There are lots of room for improvement and I understand working with a Malaysian monopoly can be frustrating. But considering it was their first run I would say I was overall pleasantly surprised with the experience. It may not become my regular grind but if I wanted a safe place to play over some weekends it would be a great choice.